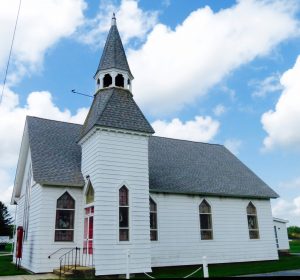 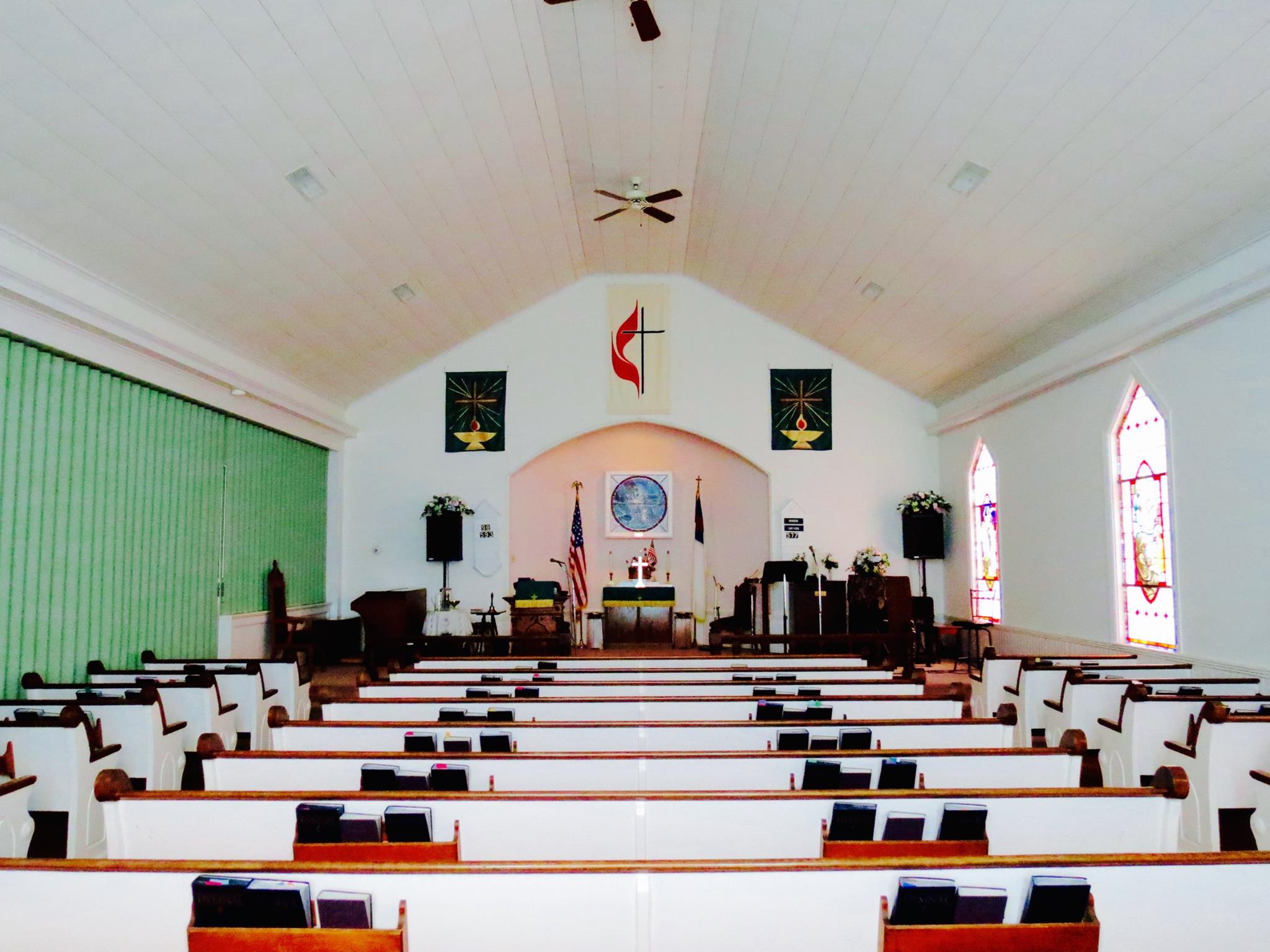 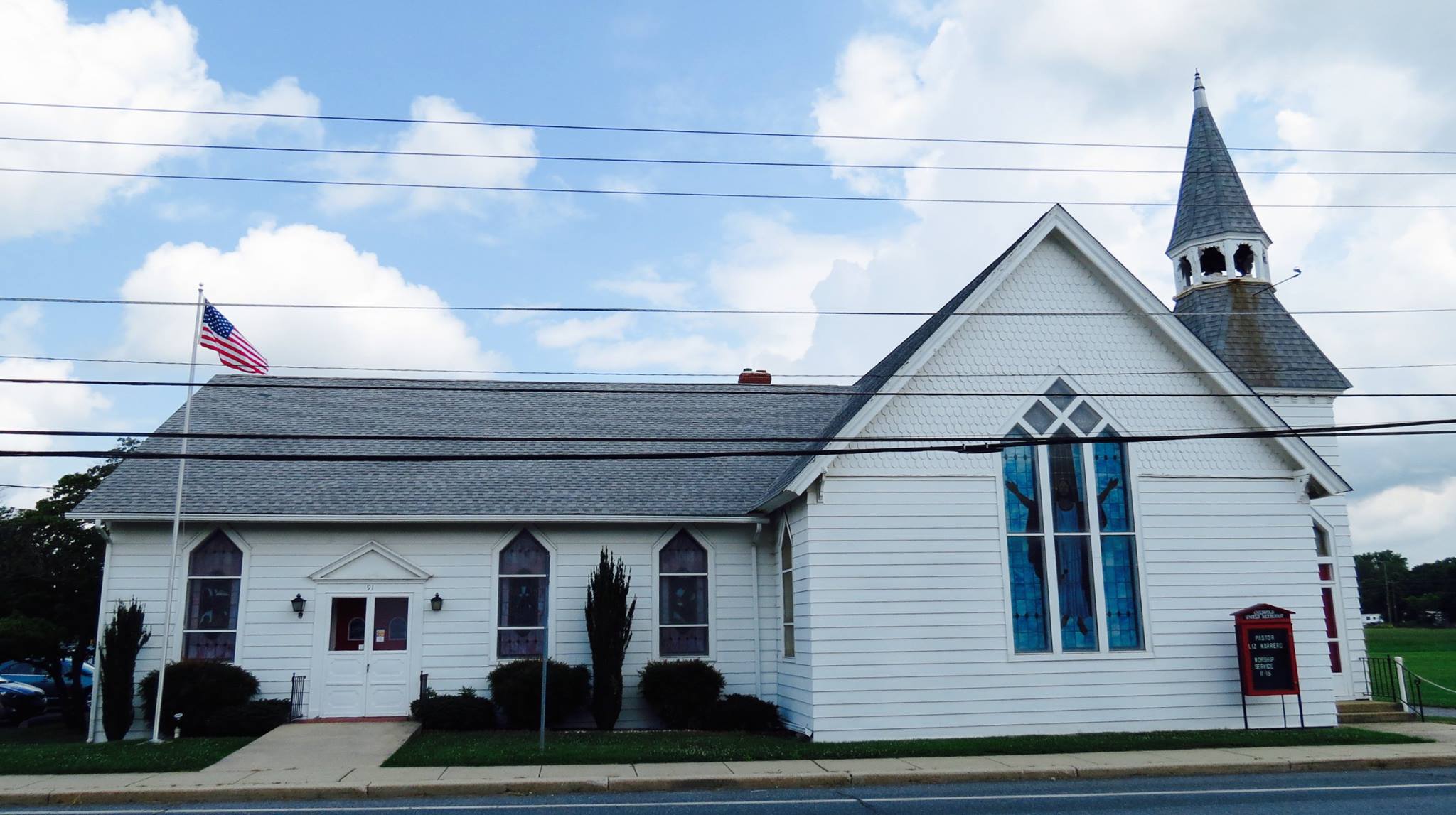 Completion of the railroad in Cheswold in 1856 prompted Mr. John S. Moor, who owned the land on which the town was built, to open a store and was appointed postmaster. The town was named “Moorton” until 1888, but since it was like Moorton, Delaware County, PA, the mail was getting confused. A name changed was initiated. A contest was held and “Cheswold” was chosen. The large number of Chestnut trees in the area gave us the “Ches” part of the name and “Wold” is an old English name for woods.

Until 1892, Sunday School was held in a building at the railroad intersection. For church services, people went to Bethel Church, a country church about two miles away by footpath or horse and buggy. This was part of the charge served by Smyrna Circuit Pastor, Rev. R.K. Stephenson.

In 1891, a meeting was held by 15 people interested in organizing and building a Methodist Episcopal Church. A building committee was formed consisting of Dr. John M. Smith, Wm. F. Collins and J. Herman Anderson. A Ladies Aid was also formed and they proceeded to raise funds for the church.

The church was finished in 1892 at a cost of $3,339. Dedication was held on October 2, 1892. The balance needed to pay for it was given that day, making it free of debt. Presiding Elder, Dr. Alfred Smith, preached the dedication service and is quoted as saying, “The success of this enterprise is almost without parallel . . .  Cheswold, with her new church all paid for, will start a separate existence with a membership of 75 and a Sunday School of 100, and her own preacher.”

The organization was incorporated June 17, 1893. On this day, James S. and Anna Moor gave a deed for ground for 1,00. The incorporation and deed papers were recorded on September 5, 1893. The Rev. T.R. Van Dyke was appointed the first minister.

The Cheswold parsonage was built in 1904 at a cost of $1,600 during the pastorate of Rev. A.W. Goodhand. This was built jointly by the congregations of Cheswold and Bethel Churches.

The church was a focal point of this railroad community, for both town folk and the surrounding area families were member. Bethel was made part of this charge. In 1933, Asbury Church was added and in 1938, Little Creek became part of the Cheswold Charge. 1965 saw the present charge of Immanuel Union, Downs Chapel and Cheswold come into existence.

When the need for space for education purposes arose, members took this task in hand. A building fund was established in memory of Mrs. Sallie Lynch, Mr. Elmer Gray drew up the plans, and Mr. Willard Barcus was given the task of constructing the new church hall. Completed in 1958 at a cost of $37,608, dedication services were held on November 16, 1958.

In 1989, a much needed new parsonage was realized due in part to a generous gift to the church from the estate of Mary and Elbridge Masten. A new home next to the church was dedicated on November 19, 1989, during the pastorate of Rev. G. Kim Gilson. The D.S., Rev. Charles E. Barton, Jr., a former pastor of the Cheswold Charge, participated in the dedication and a plaque was appropriately hung in the parsonage recognizing the Masten Estate gift.

Continuous improvements to the church through the years include a new HVAC system, new carpeting, painting of  the church interior, refinishing of the hall floors, modifications to the front of the church, and a new roof over the entire building.

The Cheswold United Methodist Church continues to minister today to the community including participation in the Smyrna-Clayton-Cheswold Ministerium Food Pantry to help feed needy families in the northern Kent County area and supporting the Home of the Brave outreach to homeless US Veterans, honoring those whose sacrifices make our existence possible.

To God be the glory! Great thing He has done and is doing for the people of the Cheswold United Methodist Church.